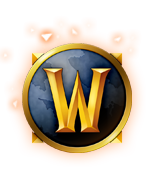 Warcraft is a major Blizzard Entertainment franchise, and one of those represented in Heroes of the Storm.

Warcraft is a high fantasy setting, revolving primarily around a conflict between two factions, the Alliance and Horde. The primary races of these two factions are humans and orcs respectively, and in the first game of the series (Orcs and Humans, released in 1994), they were the only playable species. The scope and breadth of the setting (primarily on a world called Azeroth) has increased over time however, and while many races encompass the above factions, many more are independent or within factions of their own.

Originally the Warcraft series was real-time strategy. It was through its third core installment (Reign of Chaos) and its expansion (The Frozen Throne) that the original Defense of the Ancients mod was created, which popularized the hero brawler genre. With the coming of World of Warcraft however, the series has become a MMORPG setting, with numerous expansions and patches released for its core game. Spin-offs include the Hearthstone digital card game, and numerous novels, comics, and other forms of expanded universe material.

There seems to exist a version of the Warcraft universe within the Nexus. A number of heroes from other franchises are from here.

Alarak as the "Herald of N'Zoth" 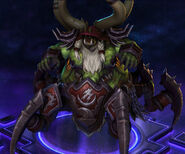 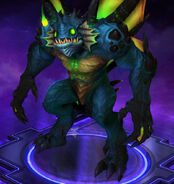 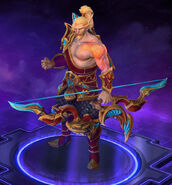 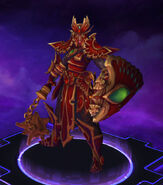 Johanna as a Spellbreaker 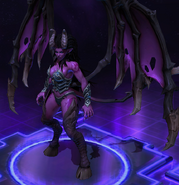 Kerrigan as a Succubus 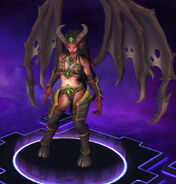 Kerrigan, as a "Mistress of the Burning Legion" 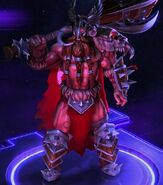 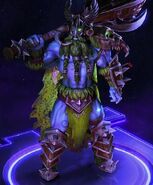 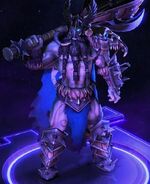 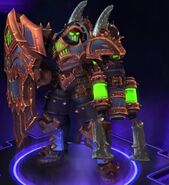 Lt. Morales as an Apothecary 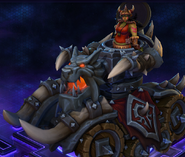