This is from the Overwatch universe.

Volskaya Foundry is the latest battleground for Heroes of the Storm. Many will be familiar with this frozen mech factory as it's the backdrop to the Volskaya Industries map from Overwatch.

Control points activate occasionally. Stand within them to capture them. Fully capturing a point grants control of a giant mech.

Players can team up with a friend as the pilot and gunner of a massive omnic-crushing mechanized force of destruction, the Triglav Protector. Much like Cho'gall, the pilot handles positioning and movement for the Protector while the gunner lays waste to the enemy team.

These moving walkways are a new battleground mechanic that create interesting tactical consideration and opportunities for big plays. Each capture point is connected to a unique conveyor layout--they can be used to boost mobility around the battleground, to force enemies out of position, and more. 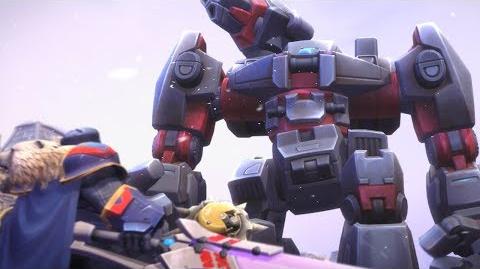 Heroes of the Storm – Assault on Volskaya Foundry 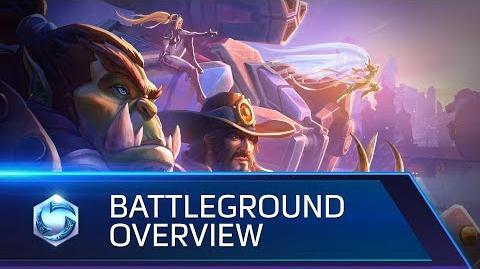