Heroes of the Storm Wiki
Register
Don't have an account?
Sign In
Advertisement
in: Battlegrounds, Locations
English 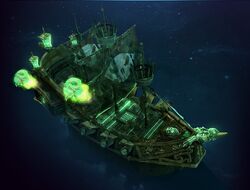 Blackheart's Bay (formerly Mistharbour) is a very large battleground with a dock's theme. Its unique objective is Blackheart's ghost ship that will bombard enemy buildings if a team can gain the ghostly pirate's favor.

In this map, there are three lanes. Most of the objectives that have to do with Blackheart are located on the lower half of the map but players should not overlook the top half of the map as there is a grave golem and a few mercenary camps there as well.

Revolving around an extra resource of doubloons - the map requires players to work together to collect doubloons from a variety of different sources and bring it to Blackheart in order to gain his favor. Players can expect consistent clashes between the two teams because of the coordinated effort to manage doubloons alongside the normal map elements such as mercenary camps.

"Mistharbour has been in turmoil since the spirit of Blackheart began terrorizing the docks with his ghost ship. It would take a truly brave warrior to depose him."

Blackheart's Bay is located in the realm formely known as Mistharbor, that was ruled by the Council of Three Anchors, which set the pirate's code.[1] The realm was seized by Blackheart and his undead pirate crew, when they poured onto the streets. They claimed this once thriving market place as their new den of villainy.[2]

The secondary objective revolves around gaining the favor of Blackheart to bombard the enemy base.

Blackheart, an evil pirate lord,[3] is the ghost pirate located in the middle of the map. He is the person you will want to see when turning in your doubloons, however giving him the doubloons take a 6 second channel, giving the opposing team a lot of opportunities to interrupt - any damage taken will immediately interrupt the channel.

Once a team turns in 10 doubloons, Blackheart stops accepting doubloons from both teams and will order his ship to fire a cannon volley on the opposing team's structures. After 12 shots, 3 per building if there are enough structures remaining, Blackheart becomes neutral again and will once again accept doubloons from both teams. Each successive cannon volley for each team costs 2 doubloons more than the one before it.

Doubloons are the golden coins (literally) that are bargained for Blackheart's favor. There are 4 ways to acquire them:

The idea for the map came from nautical ideas from Blizzard Entertainment's artists. They had worked on pirate and nautical-themed artwork, which prompted the game developers to create a map around these ideas.[4] The idea was pitched to the rest of Team 1 by Meng Song. The map was in a playable state three days after development began on it.[5]

A number of multiverse versions of Heroes are from here. 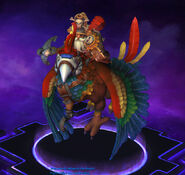 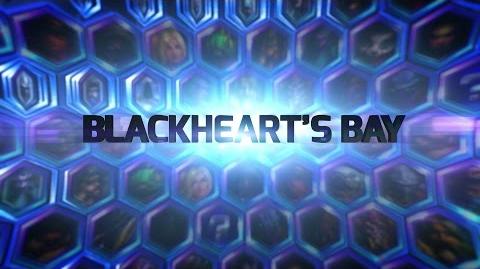 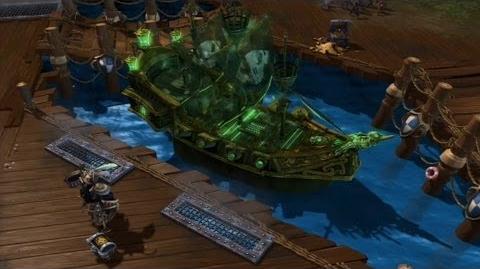