The Battlefield of Eternity is a Diablo-themed map introduced with the Eternal Conflict event. It is themed around a conflict between the High Heavens and Burning Hells,[1] and is located in the heart of the Nexus.[2] 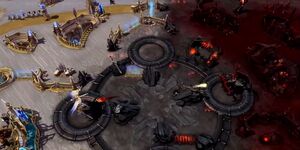 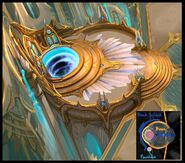 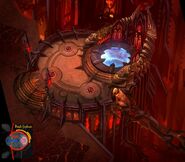 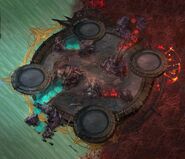